Can Retinal Disease Be Treated By Gene Therapy? 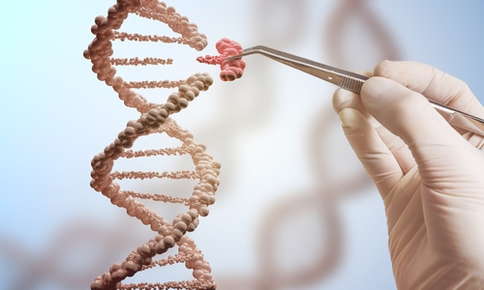 Can Gene Therapy Improve Vision in People Who Have Retinal Disease?

Retinal diseases are notoriously hard to treat. The diseases, many of them inherited, cause cells in the retina to degenerate or die. Without these crucial cells, vision impairment or blindness can occur. A recent gene therapy breakthrough offers promise in treating one type of retinal disease and may help scientists devise treatments for other forms of retinal disease.

What Does the Retina Do?

The retina is a layer of light-sensing cells at the back of your eye. When light rays enter your eyes, your retina transforms the rays into electrical impulses. These impulses travel to the brain via the optic nerve and are processed into recognizable images. When retinal cells deteriorate or die, blurred vision and blind spots may begin to appear.

Other symptoms, such as light sensitivity, loss of color, or night vision can occur, depending on the particular retinal disease. If the disease is progressive, partial or total blindness can eventually occur.

Who Will Benefit from the Breakthrough?

Thanks to gene therapy, people who have Leber's congenital amaurosis have seen some lost vision restored. Symptoms of the inherited condition often appear in infancy and soon cause severe vision impairment due to a faulty RPE65 gene. Although scientists have known for many years that gene mutations interfere with normal retinal development, effective treatment wasn't available until recently.

How Does the Treatment Work?

The treatment involves injecting a fully functioning, genetically modified version of the gene under the retina in people who have Leber's congenital amaurosis. The healthy gene is placed inside an adenovirus to transport it into the eye. The virus was chosen specifically because it doesn't cause illness once it enters the body. After entering the retina, the gene triggers the production of enzymes that improve vision.

During a research study, participants ranging in age from 4 to 44 experienced significant improvements in vision. After treatment, participants could recognize faces, read or see stars in the sky, according to the Foundation Fighting Blindness, a research organization that supported the study.

Can Gene Therapy Treat Other Types of Retinal Diseases?

The RPE65 gene therapy, known as LUXTERNA, may also help people who have a form of retinitis pigmentosa (RP) caused by a mutation of the RPE65 gene. RP is a group of inherited retinal disorders that cause loss of night vision and gradual loss of peripheral, or side vision.

Gene therapy studies have been conducted or are underway to find effective treatments for other retinal diseases, including macular degeneration. Macular degeneration affects the macula, the center part of the retina responsible for central and color vision. The disease is often age-related and causes distorted vision or blind spots in the center of your vision.

In a January 2020 report, Applied Genetic Technologies Corporation reported positive six-month data from its ongoing gene therapy trial for X-linked RP. The corporation noted that visual function improved in the nine study participants who received central treatment for the disease.

These gene therapy advances are incredibly exciting and offer hope to anyone dealing with vision loss due to retinal disease.

Do you have a retinal disease? Your ophthalmologist can help you manage your symptoms and offer treatments in some cases.

Find us on the map